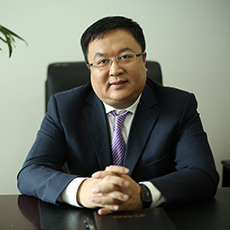 Tan Guangyuan served as the technical director from April 2013 to November 2015 and the senior director of the operation centre from November 2015 to December 2017. With effect from December 2017, he has served as the senior director of the animal conservation centre. During his service of the above position, he has been primarily responsible for the management of the Company’s existing project operation, properties at commercial street, performing arts and animal rearing, and also the overall management of staff at the centre.

Mr. Tan obtained a bachelor’s degree in thermal turbine from the Dalian University of Technology (大连理工大学) in July 1993. He later completed a PhD course in law at the China University of Political Science and Law (中国政法大学) in May 2009 and a research Master in Public Administration (MPA) program at the Party School of Liaoning Provincial Party Committee of the Communist Party of China (中国辽宁省委党校) in December 2009. In 2006 and 2013, Mr. Tan attended the training courses about the job duties of a general manager and senior management organized by CNTA. He was awarded the professional training certificates by CNTA for both training courses.

Mr. Tan has over 19 years of experience in the tourism industry. From 1993 to 1999, Mr. Tan worked as a technician at the Dalian City Construction and Management Bureau (大连城市 建设管理局) and from 1999 to 2000, he worked as an office manager of the reconstruction headquarters at the Laohutan Bay in Dalian where he was responsible for the coordination of all reconstruction-related works. Mr. Tan joined Hutan Park in January 2000 as an office manager and was then appointed as the deputy general manager of Dalian Laohutan as a representative of Hutan Park in March 2003 to oversee the operation, administration, facilities engineering and animal management of Dalian Laohutan Polar Aquarium. Subsequently in March 2008, he was promoted as the general manager and was responsible for the overall management of the company. Meanwhile, he also became a director of Dalian Laohutan and has been involved in making strategic decisions for the company since then. From 2011 to 2013, Mr. Tan served as the vice president of Dalian Haichang Travel Group Co., Ltd. and involved in strategic decision-making and joint management of human resources administration, strategic planning and procurement departments. Since April 2013, he has served as the technical director of the company. Mr. Tan became the vice group leader of the aquarium standards development leading small group of the National Aquatic Wildlife Conservation Association (全国水生野生动物保护 分会) in March 2010, the vice president of the same Association in April 2011 and a guest member of the European Union of Acquisition Curators in October 2011. He also serves as an advisor to the Japanese Cetaceans Center (日本海豚中心).