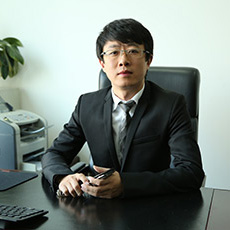 Li Xin has served as the financial controller since April 2013, and was appointed as the chief financial officer in November 2015. He is primarily responsible for financial management. Mr. Li obtained a bachelor’s degree in industrial economics from Dongbei University of Finance and Economics (东北财经大学) in Dalian in July 1995. He also obtained a master’s degree in law from Jilin University (吉林大学) in Jilin in July 2003.